The Sunday City is an enchanted world: a nature park for families

The Sunday City was born from an idea by the industrialist Mario Spagnoli of Perugia (1900-1977), who in 1955 bought 100 acres of unproductive land on Monte Pulito and planted an olive grove. In 1960 he decided to transform the mountaintop (altitude of 600 meters), into a leisure park designed especially for families. He personally oversaw all of the works, which were carried out by technicians, artists and craftsmen.

Opened in 1963, this was the first example of this kind of park in Italy. Two stone pillars (the “Kessler”) were raised to mark the main entry into this fun park. From the start the park was characterized by the inspiration of fairy tales, but each year improved by new attractions. 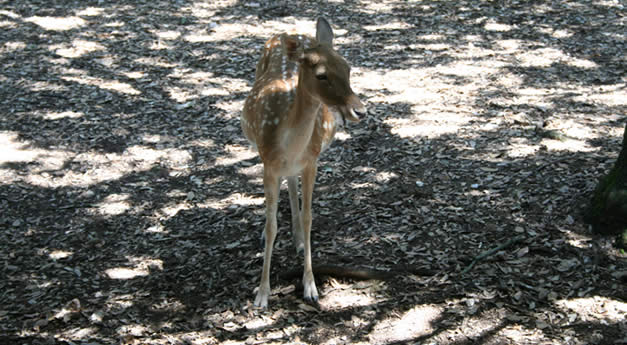 The park has been populated by animals that are allowed to roam free, such as deer and mouflo. Large areas were created to hold animals threatened with extinction and, developing educational facilities for children and students of various ages. In the 1990s extensive renovations carried out and a Reptile House was built, which houses rare species, including crocodiles and alligators. There is a comfortable restaurant-pizzeria, the Winter Garden holding 7-800 people with other rooms available for parties and meetings; in all about 1500 people can be served at once. This fusion of games, fantasy and nature makes the Sunday City the perfect place for families and people of all ages.